This article showcases how to integrate EAM for Business Central (EAM-BC) with Azure IoT Central and allow maintenance professionals to track data from many IoT sensors in one place.

We are living in a time where everything is connected. Phones, TVs, and all equipment in your home. The same is true for manufacturing companies. Nowadays, you can connect any of your equipment. But what are the benefits? You could track all data that is critical for your machines such as vibrations, temperature, humanity, and much more.

Can you imagine that your business would stop because you did not respond to an issue in due time? Can you imagine losing production time or, even worse, orders and customers?

You can prevent such losses by monitoring IoT sensor data. Some of them are so small you would not even notice them – for instance, some of them are at the size of a pack of Tic Tacs. Price for such sensors have dropped in the past years which allows to broaden the use to many more devices. Many platforms can help you with that. One of them is Azure IoT Central (https://azure.microsoft.com/en-us/services/iot-central/).

After creating the application in Azure IoT Central, you can start building your dashboards in just a few minutes from provided templates, or you can build your application from scratch.

Let's see our demo example. Our customer, Foody Goodie is a manufacturer company and needs to track the temperature and humidity in their two production halls.

For that, they bought two IoT Devices and put them in the halls. The devices are very basic for this example but can track the temperature, humidity, and pressure. 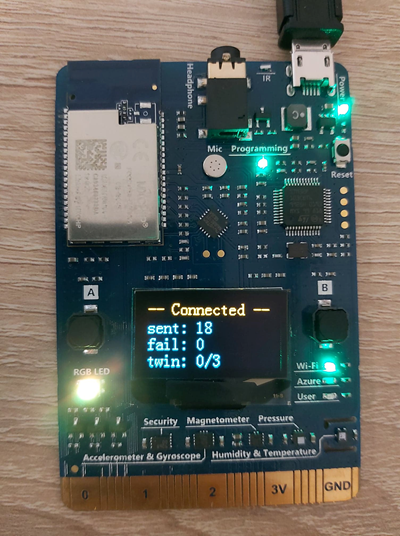 Installing the device and connecting it to Azure IoT Central took less than 5 minutes.

Dashboards presents all IoT data in one place

The maintenance manager easily refines his dashboard using blocks that allows him to track the most important data from all devices in one place. He can see minimum temperatures and humidity in the past month and real-time data for those factors. 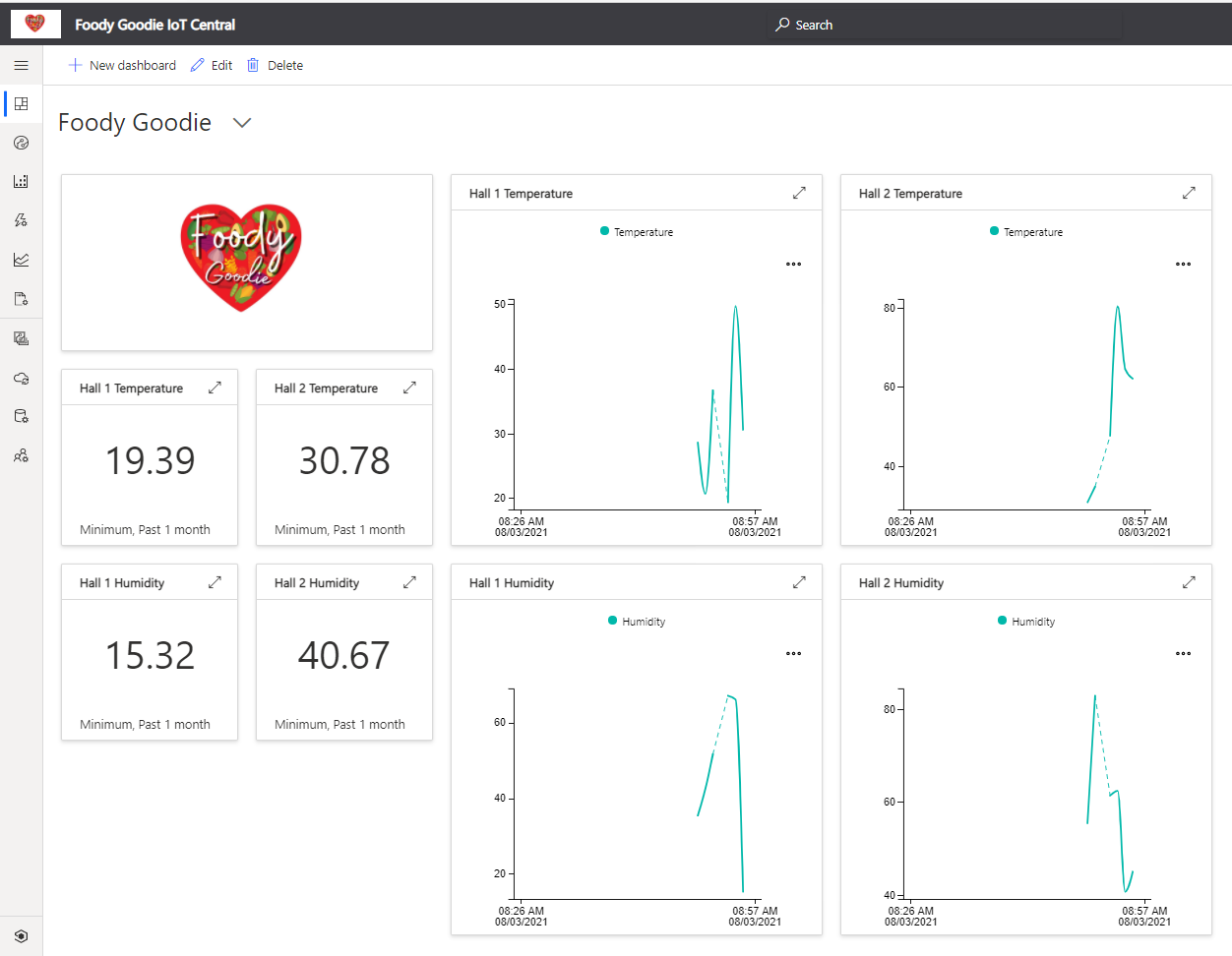 The raw data from the IoT sensors is important but imagine if your maintenance system can "read this data" and if needed schedule the work which needs to be done by the technicians. For that, the maintenance manager created a new rule in Azure IoT Central that if the average temperature from the last 5 minutes is below 70 F then send an email.

Then manager is always informed that the temperature is too low. But in the demo company also wants to create automatically the work order for the technicians.

Foody Goodie uses Dynamics 365 Business Central as their ERP system (https://dynamics.microsoft.com/en-gb/business-central) with a maintenance add-on Dynaway EAM (https://www.dynaway.com/eam-bc). In the system, they defined the same devices as in Azure IoT Central.

The manager also created the Work Order Plan that tells the system to trigger the work order whenever the temperature on Hall 1 will drop below 70 F. He also estimated that this work will take the technician 30 minutes.

To import the data into the system company needed to use Power Automate. Power Automate is a Microsoft tool that allows the creation of automated flows without development. In just 3 steps system administrator was able to import data to Business Central from Azure IoT Central.

Data is automatically imported to the maintenance system. Data contains the number of the device from Azure IoT Central, the time when the measurement was recorded, and also the value which has been sent.

During planning the manager sees that there is some additional work based on the IoT Device measurements. Work Orders can be triggered automatically, or the manager can review them before creating work orders.

After planning the technician can pick the work order and start checking why the temperature in the main hall dropped.

Step by step to import IoT data to Business Central and trigger Work Orders based on IoT Sensor data:

Get the newest articles and trends about maintenance straight to your mailbox.

Besides maintenance industry news, you will receive our newest thought-provoking articles and occasional updates about our maintenance products. You will always be able to unsubscribe from these communications.

8 Key Questions IT Leaders Must Ask Before Purchasing a New EAM Software
Purchasing anything comes with risk.
Switching from Paper to Digital Solutions: The Easy Way
'Change before you have to', Jack Welch once said.
6 Challenges that Mining Industry is Facing Now
The mining industry all over the world is facing complex challenges from all directions....
5 Crucial Challenges to Overcome for the Food & Beverage Industry
The world of manufacturing is a difficult place right now. Spiraling food, commodity, and energy...
The role of the maintenance team in your facility
As the saying goes, ‘it takes a village to raise a child.’ And when it comes to ensuring the...
A guide to maintenance repair and replacement plans
Every maintenance department knows the importance of preventing asset failure. It’s how you stay...
Maintenance, Production, & Finance: How to Improve Communication in 4 Simple Steps
The key to improving communication between departments is really quite simple: mutual understanding...
3 different types of maintenance management analysis
If there’s anything more important to maintenance management than collecting data, it’s knowing...
What is scheduled maintenance?
There are few things that matter more to asset management than the maintenance schedule. An...